This research aims to explore the situation of refugee-workers in the global economy and its implications for their everyday life. The forced migrant is usually seen as a person who receives aid rather than one who participates in economic production in the host country. Nevertheless, there are many studies which demonstrate the positive role of the refugees in the national economy of the host country. However, these usually focus on the role of the refugees entrepreneurs or other ‘elites’, thereby ignoring refugee-workers and their position in the global economy. As such, we could ask what role does refugee-workers play in the global economy? How does their position in this economy impact their everyday lives and thus their future plans? These are the orienting questions for the proposed research. The approach is as follows: First, we will conduct an analysis of the city and its borders. Second, an analysis of the workers’ situation. Finally, we will explore in-depth the situation of refugee-workers by undertaking an explorative case study; Syrian refugee-workers in Istanbul. Here, we will use a qualitative approach with in-depth semi-structured interviews. We chose Istanbul because Turkey’s economic policy makes it one of the biggest suppliers of textiles to Europe. It is also the country with the highest number of refugees in the world. Most of these are Syrian, and the biggest number of them reside in Istanbul. This research will make a great contribution toward two of the most relevant issues in the horizon 2018-2020 work program; societal resilience and market creation innovation. It will provide a better understanding and useful recommendations for policymakers on how to manage forced migration, with ‘sustainable development goals’ related to the integration of the refugees in their host society and economy. Furthermore, gender is at the heart of this view, since forced migration is usually accompanied by extreme changes in social roles, especially for women. 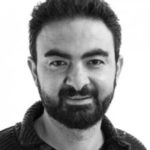